POKERSTARS CHAMPIONSHIP PRESENTED BY MONTE-CARLO CASINO®, MAIN EVENT : They will be four Musketeers at the DAY 2 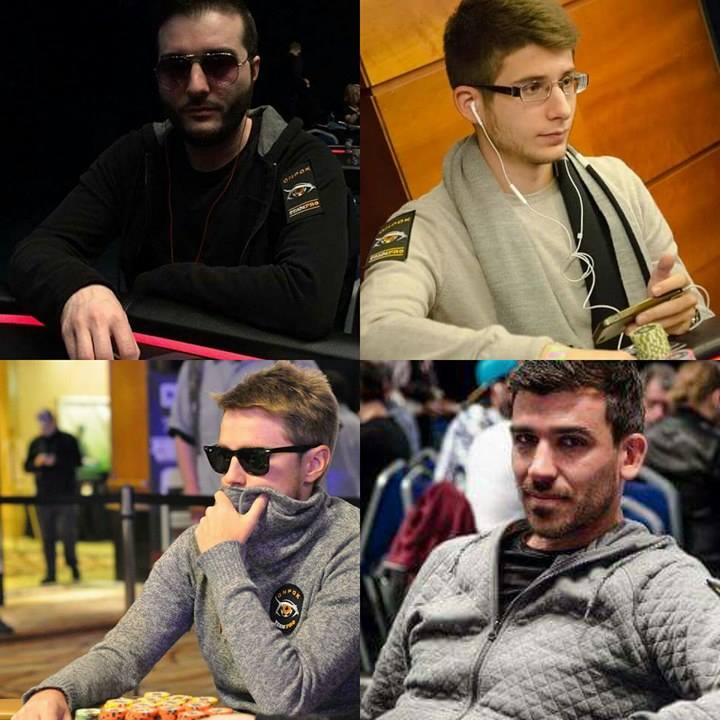 After the DAY 1B yesterday, three of our ONPOK players have succeeded to reach the DAY 2 to join Paul-François Tedeschi, thus there will be four musketeers who will wear the colors of the team for this second day. Back to the performances of Adrien Allain, Jimmy Guerrero et Renaud Lejal, as well on the most difficult day of Guy Pariente et Guillaume Darcourt

Yesterday the DAY 1B was a bit like “a coincidence”, that we decided to play against the opponent to win or not a bet, the chance was not with Guy Pariente or Guillaume Darcourt.For our first two players, the shocks got chained without being ever positive. Guillaume being the first one to be eliminated from the day (he lost at the start of the tournament 8k of his starting 30k with QQ vs AJ in a pot of 3Bet), Guy Pariente being eliminated with AKd vs OJs on a board 8s6s3sKxKx, turn et river even deciding to “taunt” the boss by giving him a “brelan” which was of no use.

For Adrien Allain, Jimmy Guerrero et Renaud Lejal, the day was more lenient, All three reach the DAY 2 with a stack which allow not reacting in haste. Adrien will come back avec 73 k , Jimmy with 48k, Renaud played the performance of the day by finishing with 115 500 units,  being almost four times the starting stack.

POKERSTARS CHAMPIONSHIP PRESENTED BY MONTE-CARLO CASINO®, MAIN EVENT : They will be four Musketeers at the DAY 2